Posted on November 14 2012 by Callum Beaumont 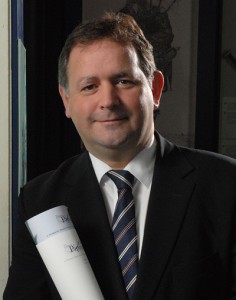 Roddy MacLeod MBE is the Principal of The National Piping Centre. One of the world’s most accomplished competitive solo pipers, Roddy was tutored by piper and composer Duncan Johnstone and has won all of solo piping’s most coveted awards, many of them several times over. He is in keen international demand as a recitalist, judge and instructor. He was Pipe Major of the World renowned Grade 1 ScottishPower Pipe Band from 1995 – 2005 during which time he led them to over 45 Grade 1 Championship prizes in major competition including the Cowal Championships and the All-Ireland Championship. In 2008 he led the Spirit of Scotland Pipe Band to the final of Grade 1 at the World Pipe Band Championships after bringing together a group of the worlds top solo pipers and drummers together for a short period of intensive practice. With a strong background in teaching, a dedication to the promotion of standards within piping and a zeal to widen popular appreciation of the pipes, he exemplifies the role, task and standing of The National Piping Centre. Roddy is also a Director and a Founder of Piping Live!, the Glasgow International Piping Festival.