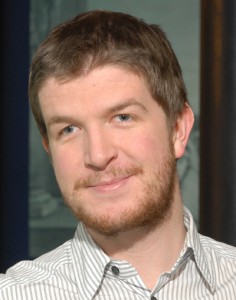 With his piping career beginning at the age of 9, John has had many years of piping experience. As well as the traditional solo and pipe band competition circuits he has a good deal of experience performing with orchestras, trad groups, cross-cultural collaborations and his own experimental ensembles.

He originally received tuition from his father, Brian Mulhearn – proprietor and pipe maker at the Ayrshire Bagpipe Company, and a well know face on the Scottish highland games circuit. Then, moving onto lessons with Angus J. MacLellan – former Pipe Sergeant of the Strathclyde Police Pipe Band and double Gold Medalist – he received the tuition that would provide a solid grounding for what would become a successful junior solo piping career, winning most of the major prizes on the junior circuit.

During his late teens and early twenties John took a break from piping, allowing time to explore other musical genres. It was during this time that the seeds were sown for what would become his debut album in 2009 – a record that forges a connection between traditional pipe music and contemporary electronic music. At the same time as working on and releasing this album his career as a solo competitive piper and teacher was rekindled, working up an impressive record on the games circuit and at the major gatherings. Recent achievements include being runner-up in the 2012 Highland Society of London Gold Medal at the Argyllshire Gathering.