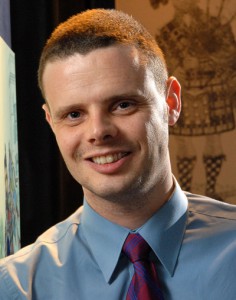 Originally from Bathgate, Chris during the earlier years of his piping career was taught by PM John Matheson BEM.?Chris is a full time instructor at The National Piping Centre. Past successes include winning the Bratach Gorm, J. B. Robertson Rose Bowl and the Overall Champion Piper at the Scottish Piping Society of London in 2007, 1st in the Former Winners MSR at the Argyllshire Gathering in 2001 then again in 2011. He has also won the A grade MSR at the Northern Meeting. Chris has placed 1st in the PM Donald MacLeod Memorial MSR, runner up at the Scottish Pipers Former Winners MSR and placed 2nd in the Former Winners MSR at the Northern Meeting twice. He has been the overall champion in 2002/03 at the Cowal Highland Gathering and in 2003 he won the Gold Medal at the Northern Meeting and was runner up in the Gold Medal at the Argyllshire Gathering in 2010. Chris was appointed the Pipe Major of the ScottishPower Pipe Band in 2006.