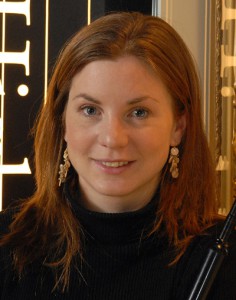 Margaret began learning the pipes at age 8 and was initially taught by her father Con Houlihan. She later received tuition from Stephen Power (ex Scots Guards) and Andrew Wright.

She moved to Scotland in 1998 to attended the Royal Scottish Academy of Music & Drama where she studied for 4 years and graduated with an Honours Degree in Scottish Traditional Music. While Margaret was at the Academy she joined the Shotts and Dykehead Caledonia Pipe Band and, with them, won the World Pipe Band Championships in Grade 1 in 2000.

Margaret was also Pipe Major of Cullen Pipe Band and with them won the World Pipe Band Championships in Grade 3B in 2007. The band are currently Grade 3A British Champions and have recently been upgraded to Grade 2.

Margaret is a qualified examiner for the Piping and Drumming Qualifications Board exams (SQA approved) after passing the Institute of Piping Graduate Certificate with distinction in 2004.

Some solo prizes won to date include: